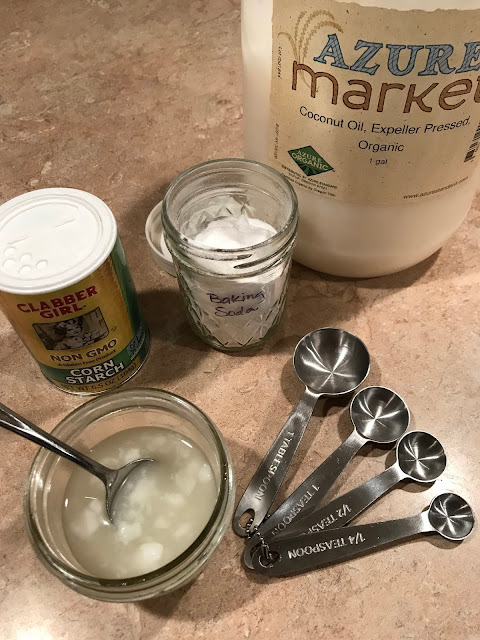 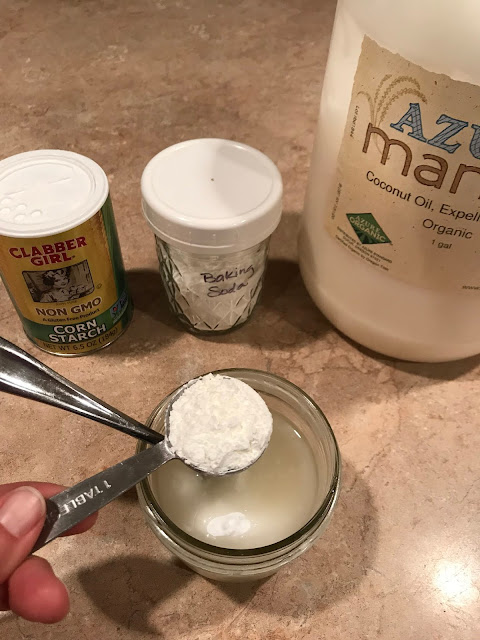 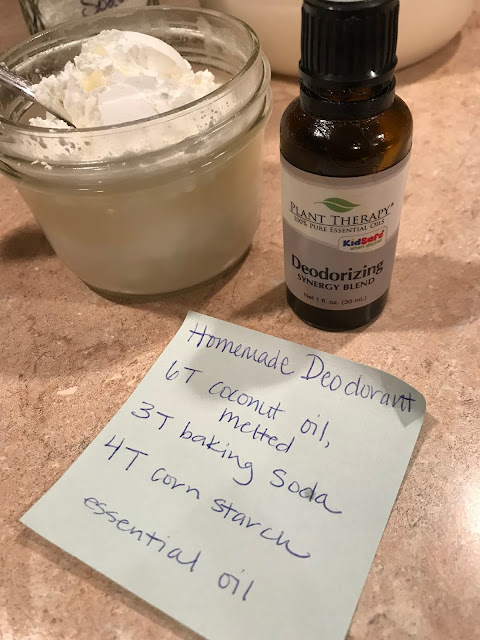 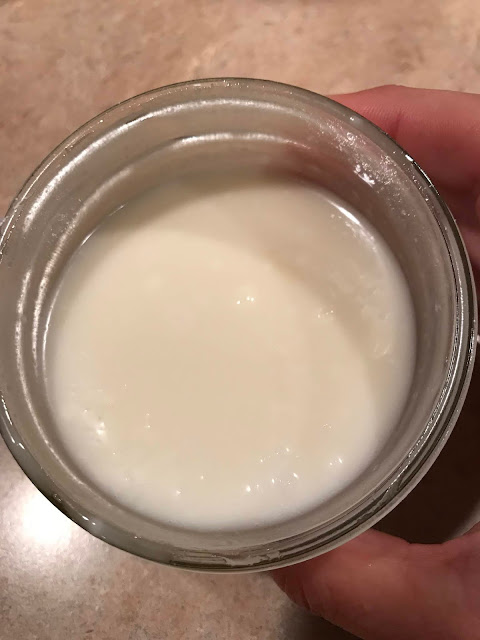 One of the very first natural body products I tried to make was deodorant. About ten years ago, I was on a kick to make more of my own things, and I had read that the aluminum used in anti-perspirants was potentially unhealthy. Plus, there was the money saving factor that came into play with making my own body products. So I thought I would give it a try. But in my attempt to find a homemade deodorant that worked, I failed many, many times. There were numerous times I would dash home in a stinky emergency to reapply whatever failed concoction I had used that morning.
I had become obsessed. I read about and/or tried so many recipes found in books or online in an attempt to find an easy-to-make, inexpensive, kind-to-my-skin deodorant. Some recipes called for ingredients that were just too costly or plain weird. The strangest one I ran across had you soaking grass clippings in vodka to make a homemade chlorophyll infusion...this is one I did not try. The other issue with homemade deodorants is that most rely heavily on baking soda for odor absorption. Many people, myself included, have really negative skin reactions to baking soda. Others sources swore that all you needed was a little witch hazel or a small smear of coconut oil to provide some deodorizing power. I am not quite sure who these folks are, but I needed a little more oomph than that.
After all of these trials, I thought maybe it wasn't possible to find a homemade deodorant that really worked for me. I thought instead I could find a store bought deodorant that didn't contain aluminum. But again, many of these either did not control the stink factor, included too much of the rash causing baking soda, or were crazy expensive. So I went back to the drawing board.
Finally a few years ago, I stumbled across multiple deodorant recipes on Wellness Mama's site and noticed her coconut oil based recipe. It used simple ingredients, was inexpensive, and I thought I could play with the amounts of corn starch and baking soda to keep it skin friendly. Her version called for equal parts baking soda and corn starch, but I knew that would be too much for my skin. Instead I cut back the baking soda to half the amount and increased the corn starch.
I made up a small batch of the deodorant and crossed my fingers. And what do you know...it worked! I did not break out in any skin rashes, I didn't get stinky and I didn't spend a lot of money or time making it. I have worn this deodorant for many years now. And even on the hottest summer days, it has not failed me. So in case you are on a quest to make more of your own products, want to save some money, or are as strangely obsessed with making your own deodorant as I was...I thought I would share this with you.

Coconut Oil Deodorant (based on this recipe)

Stir these ingredients all together in a small jar. Set the jar in the fridge initially to help the deodorant set up. After it sets, I have just kept it in my bathroom. Use a small, pea-size amount under each arm.

Some additional notes about using homemade deodorant.  In other words, let me pass on more that I have learned in my ten plus years of trying to find a suitable deodorant:
Have you ever considered making your own body products? If so, which ones?
at November 10, 2019
Labels: In the Kitchen, Make it Yourself, Natural Body Care