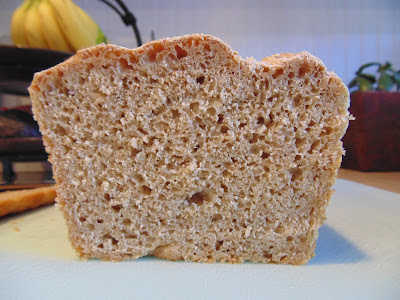 For the last number of years, I have been on the hunt for a good all around bread recipe. On that journey, I have made many, many loaves of bread. Some have been absolutely delicious...and some have been failures. But the bread recipe that gets the most rave reviews is one I found online a few years ago. I started with Alexandra Stafford's recipe for a Peasant Bread that her mother had made for years. You can find her post and recipe here. The original recipe makes two small round loaves and uses all purpose white flour. For our family, I have made a few modifications to the recipe found in her original post. Alexandra Stafford has also since published a beautiful cookbook, titled Bread Toast Crumbs, with many variations of different no-knead breads. It would be worth checking out at your local library! 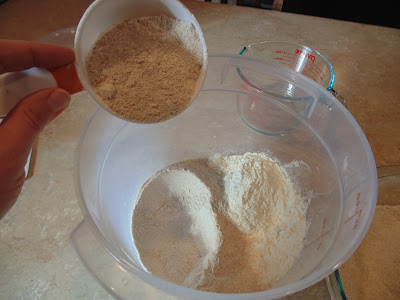 I wanted a recipe that would be able to stand in for morning toast, lunches for sandwiches and at the dinner table as a side for soups. This bread does all that! I also wanted a recipe that could incorporate whole wheat flour, and this bread does that. And, lastly, I wanted a simple bread that I didn't have to think about starting the night before or that would need multiple steps or risings. Again, this bread fits the bill. 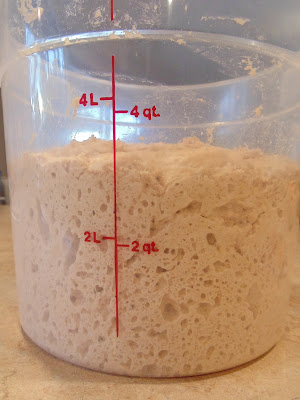 I have also found that this bread is popular with the teens at my son's school. For weeks he kept packing two sandwiches in his lunches, and I just assumed he was a hungry, growing boy. But the reality was that he had been sharing his sandwiches with his friends at school. He said that the other kids at school really liked the bread "his mom made." We had also served this bread alongside some soup one night for dinner when my son had friends over. One of the girls loved the bread so much, she begged to take some home for breakfast. We now have begun sending home loaves of this bread with her whenever she comes over for dinner, and she eats hunks of it on our drives home.

I think if this bread is a hit with teens, it will be a hit with your family as well! 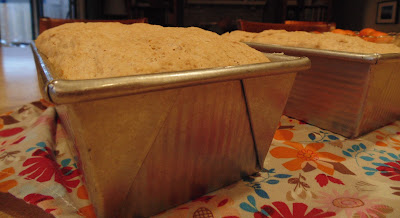 6 cups flour - I use a mix of up to 4 cups whole wheat flour and then 2 cups all purpose flour.
3 teaspoons salt
3 cups lukewarm water
3 teaspoons sugar
3 teaspoons instant yeast - Instant yeast does not need to be proofed before using.
Room temperature butter

Directions:
That's it! You now have two beautiful loaves of bread.
This is a recipe that would be great to make with your kids, because they would be able to make most of this from start to finish. And, if you happen to have teens in and out of your house too, you could put them to task making the bread for your dinner. They would be pretty impressed with themselves to say they baked a loaf of bread. 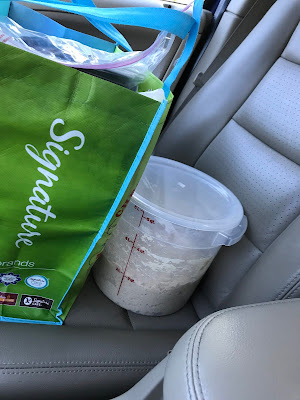 And if you happen to be on the way to your friend's house for a sewing day AND also in the middle of rising your bread dough...please know that the seat warmers in your car are the perfect temperature to help your dough rise. Although when borrowing your friend's oven to bake your bread, you may want to leave a loaf of bread behind as a "Thank you!"